The Via Ferrata is an equipped path to climb the Lucanian Dolomites that allows you to reach otherwise inaccessible points and truly discover the great beauty of this place.

Recently built according to the best standards with two routes that are divided respectively along the rocky ridges of Castelmezzano and Pietrapertosa, the Via Ferrata of the Lucanian Dolomites will be open to tourists on 10 July 2015.

The Via Ferrata Dolomiti Lucane can be classified as a not very difficult EEA, with an articulated route on canals and walkways, vertical passages and sections on display. The two branches of the route start from the Roman bridge located near the Antro delle Streghe equipped area and climb one towards Castelmezzano and the other towards Pietrapertosa.

The two routes of the Via Ferrata Dolomiti Lucane

The starting point of the routes (Antro delle Streghe equipped area) is located in a large clearing downstream of the Rio di Caperrino, a tributary of the Basento that cuts in half the space that divides the slopes corresponding to the two villages.

The starting points of the two via ferrata are connected by a Nepalese bridge. 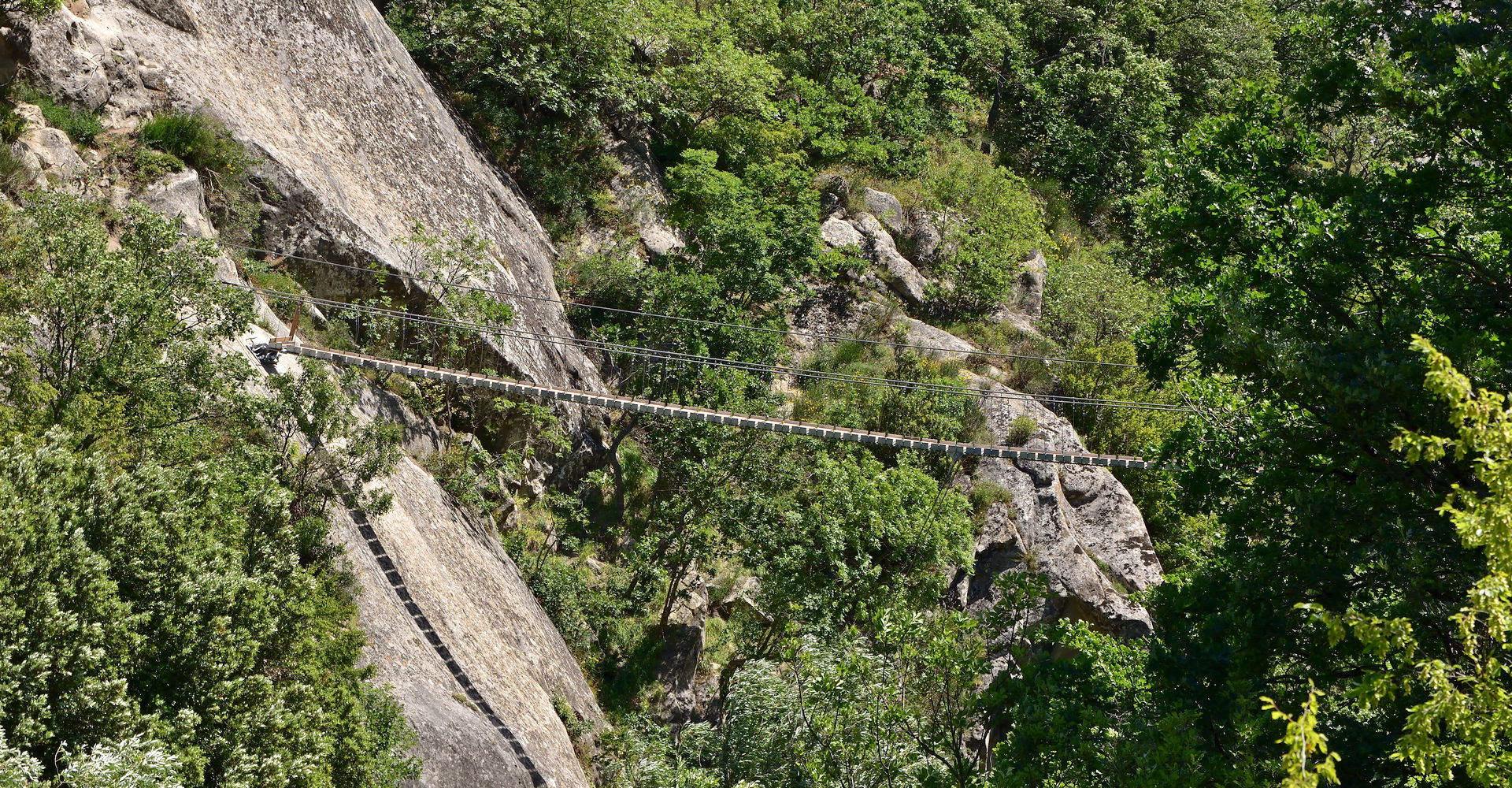 Information for the Via Ferrata Dolomiti Lucane

Recommendations
To travel a via ferrata, it is essential to have the specific material for this activity, to know its correct use and climbing progression techniques.
On a via ferrata, the shocks due to a fall are extremely violent.
No material resists shocks. This is why the use of the heatsink is mandatory.

Advice
We recommend that everyone, but especially beginners, be accompanied by a guide or by experienced people

Equipment rental
It is possible to rent the equipment at the Flight of the Angel ticket offices in Castelmezzano and Pietrapertosa.

Online reservations
It is possible to book the equipment online >> ledolomitilucane.com

Attention
• it is imperative to respect the direction of circulation of the itineraries
• Do not practice the via ferrata in case of rain, snow or wind
• Respect the environment and the ornithofauna
• Do not leave waste.
© All rights reserved